KWA is pleased to announce that Sandra Cathro is the recipient of the 2014 Outstanding Athlete Award.
Sandra started wushu at the end of 2010 and since that time, she has competed in State, National, and World Traditional Championships. Her two major competitions were the:

– 2014 World Traditional Wushu Championships where she won a Silver for 3-Section and Gold for Nanquan.

Despite a difficult year throughout 2014 when she suffered some injuries, she successfully trained and competed through perseverance and acupuncture. 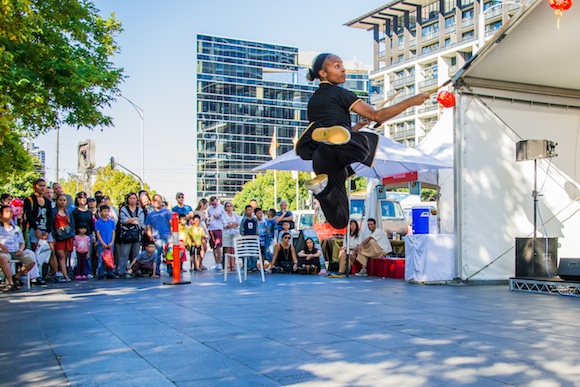