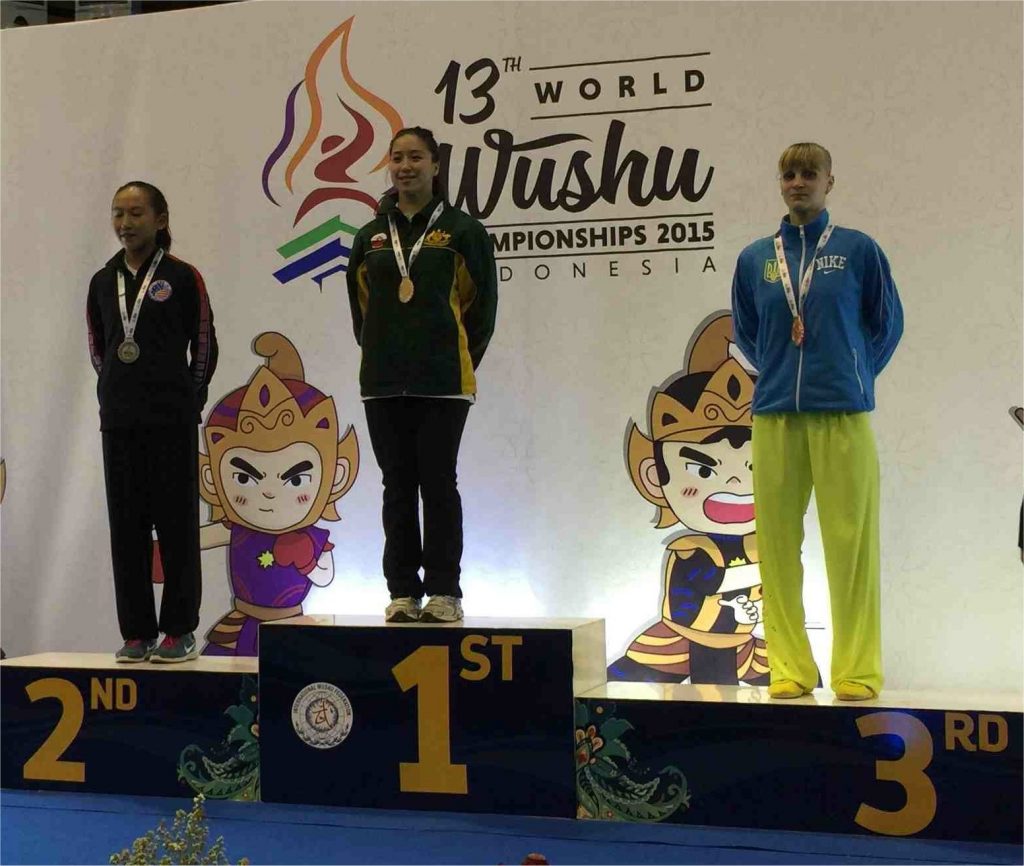 KWA is pleased to announce that Elizabeth Lim is the recipient of the 2015 Outstanding Female Athlete Award.

The World Wushu Championships is considered the highest international level wushu tournament to compete in and her impressive results plus another three top ten placing from her fellow Australian team mates helped place Australia amongst the elite teams from other countries. This was a result many hours of planning, training and hard work Elizabeth and everyone had put in throughout the year in preparation for the World Wushu Championships.